Many players appreciate maps bringing into conflict several teams, however, some people prefer to be brought into conflict by other ways than the fight, with mini-games for example. It is exactly the purpose of MakersHack.
Map for Minecraft 1.9
Download
Resource Pack
Download
In Makers Hack, you have to hack and destroy the opposite computer. Both teams have a computer, possessing a limited energy, which is restaured gradually. However when the computer of your team arrives at zero, you lost. To decrease the energy of the opponents, it is necessary to send viruses.

To win coins and be able to purchase viruses, you have to play games or to improve your bot:

It is finally time to take the offensive. To do it, you have to find malwares by rolling. There are 6 differents malwares which you can upgrade by analyzing the pieces of files situated in your Bin. You will also have to choose a support for your malware, it's the appearance which it will have. 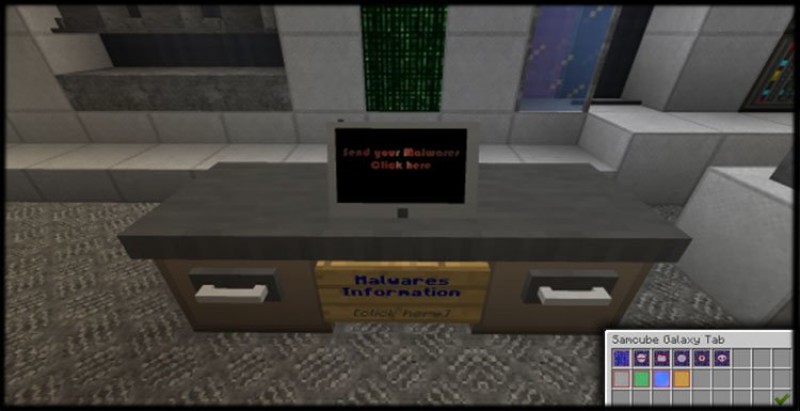 The calm before the storm, you'll have to learn to defend yourself. You have two possibilities: prevent or cure.